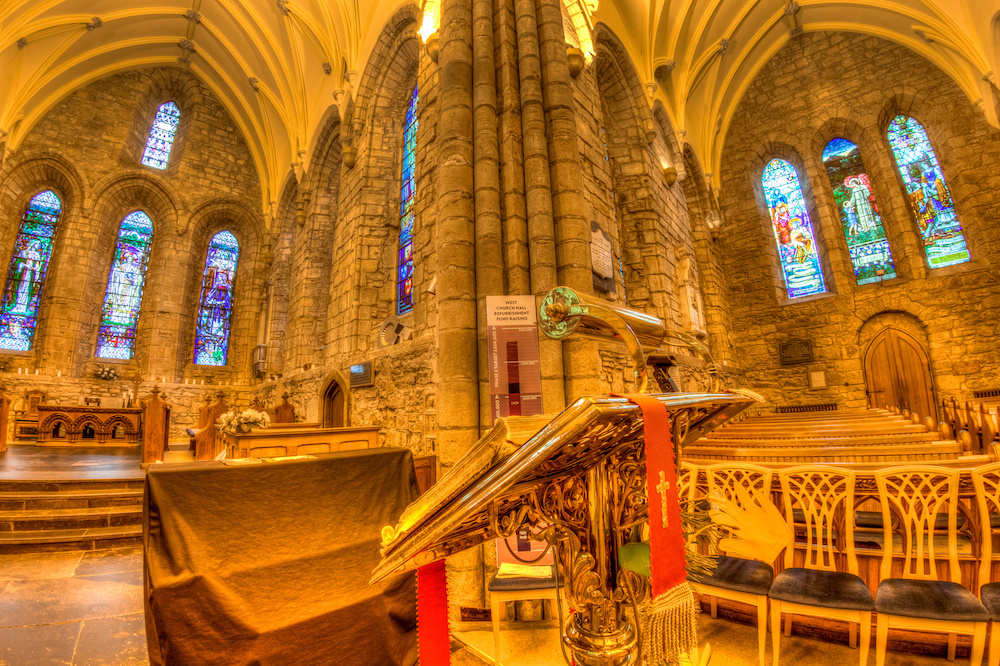 Dornoch Cathedral was built by Gilbert de Moravia, a relation of the Earls of Moray and the first Earl of Sutherland.

The first service was held in 1239, six years before the death of Gilbert who was later recognised as "one of the noblest and wisest ecclesiastics the mediaeval church produced" and was the last Scotsman to whom a place was given in the Calendar of Saints. Originally Roman Catholic rites were observed but, since the Reformation, the Cathedral has been part of the Church of Scotland and continues to this day as a parish church. (The name "Cathedral", which means seat of a bishop, has been retained as a reminder of the church's history).

The Cathedral has many interesting features, especially the gargoyles on the exterior and the stained glass windows on the north side of the chancel. These windows were donated in memory of Andrew Carnegie, who was born in Dumfermline and often summered at his Skibo estate, located four miles from Dornoch. The three windows represent music, peace and literacy, three of Carnegie's concerns.