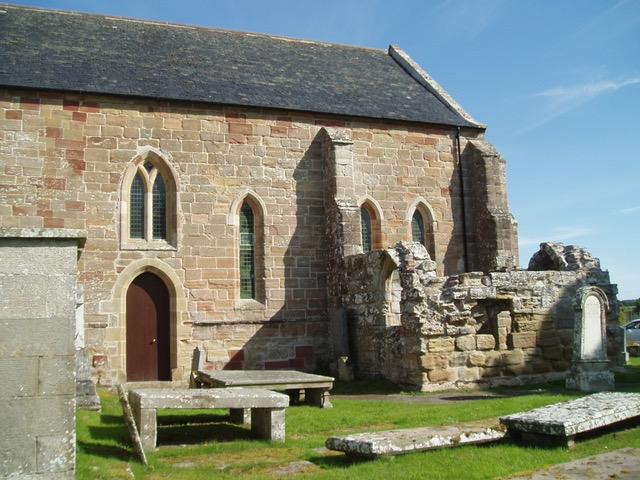 Located just east of the Hill of Fearn and two miles north west of the coastal village of Balintore, Fearn Abbey, on first sight, is an ordinary rectangular parish church. The reality is a much more complex story dating back almost 800 years.

Fearn Abbey is the most northerly monastic foundation in Scotland. It was founded in the 1220s, reputedly by Ferquhard, Earl of Ross, as a Premonstratensian order with monks from Whithorn. The original site of the abbey was said to be near Edderton or Kincardine, but is thought to have moved to the present site c. 1238.

The Premonstratensian order, also known as the White Cannons due to their unbleached wool habits, was similar to the Cistercians, with strict and austere rules. In Scotland there were six houses, all in the Borders or the far Southwest with the exception of Fearn.

Today only the church remains, and none of the other domestic buildings such as the cloisters. The church itself is a confusing mixture of styles. Known as 'The Lamp of the North', it is one of the oldest pre-Reformation Scottish churches still in use for worship. The core of the building is 13th century, it was rebuilt 1772 by James Rich and restored by Ian G Lindsay & Partners 1972. Further restoration took place in the summer of 2001.