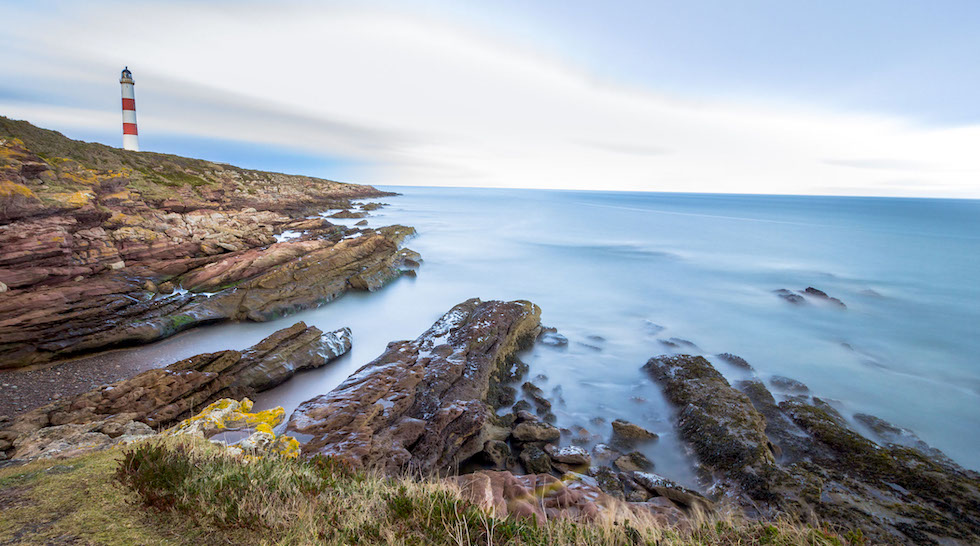 Although the loss of sixteen vessels in the Moray Firth storm in November 1826 brought many applications for lights on Tarbat Ness or Covesea Skerries, it was the former location that was given priority.

Tarbat Ness Lighthouse was engineered by Robert Stevenson and the light was first exhibited on 26 January 1830. The lighthouse bears two distinguishing broad red bands and is 41m (134ft) high. According to local tradition, the site of the lighthouse was once a Roman fort and later used for witches' covens.

Tarbat Ness is a place of special interest for the observation of migratory birds, and seals and dolphins can also be spotted from the headland. There is an interesting walk around the peninsula from the village of Portmahomack.